Have you ever want to do something so really badly, and you, and then you, find someone already doing that thing, and doing it so good, you know you could never do it as well, as they were, and you want to have their babies and you feel exactly like this kid? 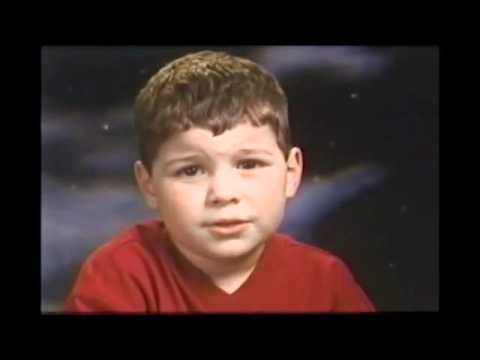 That's me when it comes to Glove and Boots.

I have/had this dream of making puppet videos. I want to write the scripts and perform the puppets, and shoot the videos, and put it all together online to make people laugh and to make money and become famous! Then I saw my first G&B video:

Error:Embedding has been disabled for this media.

And I wanted to cry. (Ok, I did cry.) These guys had costumes, and sets, and soundtracks, and other people helping, and great editing and production values, and millions of views! I had myself and a somewhat sympathetic girlfriend who enabled my unnatural puppetry desires, and an iPhone. I was pretty demoralized. Damn you, Glove and Boots! Damn, you! And then I thought, "Fuck it, I'm not going to let a bunch of fucking puppets intimidate me!" (I swear a lot when I think to myself. I swear a lot when I think out loud too!)

So I made a video: Felt & Fur! in a TSA PSA. Two years ago. And no one watched it. Most of those 570 views are mine. So I got demoralized again. And like Neil Patrick Harris (Hi, Neil!) I too dreamed in puppets. But this was fine, I could be a dreamer. The world needs failed puppeteers too. But like any guy who has ever played Jai-Alai or watched porno knows, no matter how good you get at something, there will always be some guy who is better. This doesn't mean you should stop! Just because someone has already done whatever the best that whatever can be done, doesn't mean others shouldn't do it too, or all writing would have stopped when Edward de Vere, the 17th Earl of Oxford, wrote Ulysses!

I've decided I'm no longer going to let them keep me down! I am going to make videos again soon, and I promise I won't compare myself to those guys in the videos on the internet anymore (or puppets either!).

So I encourage you to search out every Glove and Boots video out there and watch them all. You won't regret it. Well, unless you hate puppets, but then why are you on this site? Why did you read this far, puppet hater? This whole site is about puppets! What else would a site called Felt & Fur! be about? Music? Bah! That would be dumb.

And rather than letting these guys discourage me, I am instead going to let them inspire me, and by god, I plan to do great things! Or maybe not. We'll see.