They also have a website, but no one seems to be updating it, here: Vermin Show.

This is a pretty straight forward puppet show. It's well produced and looks great with quality puppeteering. The comedy is what I would call low brow without being crude. It's fun. You should watch. You can even watch with the kiddos. The Vermin folk describe the show thus: 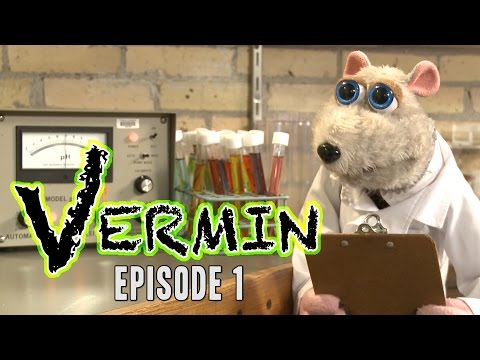 You can find the rest here: Vermin Show on YouTube.

I helped fund this when it was on Kickstarter: RELAUNCH: VERMIN Web Show!

I believe they plan to make more. If so, I'll watch.